300g mixed nuts (you could use just almonds if you prefer)

30g vegan butter (I use Naturli)

8-9 bananas (depending on size)

3 small tins of coconut milk, refrigerated for at least 2 hours

NB you must keep your coconut milk in the fridge to make the cream as you need it as firm as it can be and do not let the coconut water into the bowl or it will go soggy! people

As far as nutrition goes, this is a clear winner. It also beats boiling a tin for hours to make toffee, which I would walk away and forget about on more than one occasion! It’s totally mouth-watering and delicious; my daughter has this in place of a birthday cake and insists on having it for breakfast, lunch and dinner. I used a very large flan dish so adjust the quantities if you want to make a smaller tart.

How I make it

Throw the nuts, coconut chips and oat biscuits or oats in your food processor and whizz for about a minute until crumbly and consistent in texture. Add ten pitted dates and whizz again.

In a small pan, melt the vegan butter carefully then pour it straight into the processor. Blitz until you have a soft but firm paste that has evenly incorporated all your ingredients. Transfer this to your tart dish and press down well. There’s no need to line it, but you could cover the base with greaseproof paper if you choose. Transfer to the fridge.

The processor bowl should have cleaned itself as the mixture binds, so you can add the remaining 20 dates and four large peeled bananas straight to it, along with the nut butter. Whizz until you have a smooth toffee-like consistency, and add the coconut water if the mixture seems too stiff or thick.

Take the tart base out of the fridge and chop the remaining four or five bananas into roughly 1cm slices. Layer them into the base until it’s covered, then carefully pour the toffee filling over them evenly, scraping every last bit from the bowl. Transfer the tart back to the fridge to set.

Take your tins of coconut milk from the fridge and scrape off the solidified cream at the top into a bowl. Save the runnier liquid underneath for your morning smoothie or iced coffee. Beat the coconut cream with a fork for just 30 seconds with the sieved icing sugar (you may want a little more to taste) and, if you like, the seeds from a vanilla pod for extra deliciousness.

Spoon the cream over your toffee layer when it has set, then add a sprinkling of rock salt, cacao nibs, cacao powder or grated dark chocolate if you like. Pop the banoffee tart back in the fridge to chill for at least 1 hour before you serve it.

I change and play around with this recipe each time I make it, and you can too! Sometimes I will add a handful of unsweetened dried banana chips to my base for an extra crunch with the nuts. As an alternative topping, The Coconut Collaborative Chocolate Pots make a great whipped cream. You could also add their banana pots to the toffee layer or topping. 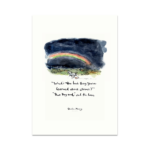 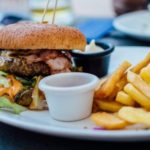 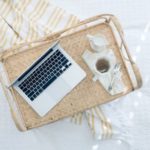 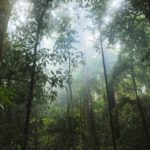